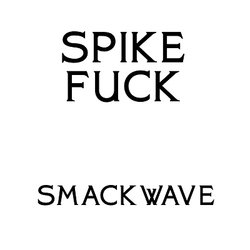 Newly signed to Partisan, responsible for hoisting the likes of Cigarettes After Sex and Idles to fame, Spike Fuck first came to prominence as a striking figure in the explosive flourishing of musical creativity that has recently occurred in Melbourne. But whereas the likes of Courtney Barnett trade in sardonic slacker-rock, and Moaning Lisa in swampy grunge, Spike Fuck is something else altogether.

Drawing from a difficult period of heroin addiction, Spike creates beautifully infectious, Triffids-tinged rock and roll songs which describe, with unflinching candour and white hot urgency, the peaks and valleys of that lifestyle, recalling at times the febrile music scene of 80’s New York, and cult heroes like Jim Carroll and Johnny Thunders.

Spike acknowledges that history and incorporates it with elements of the sharply contemporary, colliding the elegance of meta-modernism with the unvarnished grit of the past. Over 4 tracks on her (soon to be rereleased) “Smackwave” EP, Spike knits together sense memory, historical and cultural artefact, and autobiographical documentation in an attempt to record a challenging – and thankfully now closed – chapter of her life.


Body By Crystal features a melody redolent of early Velvets belying rangy, plain spoken lyricism which talks, unstintingly, of a life in freefall spurred on by drug abuse: “I lost myself and I lost my self-esteem...just mood swings and a penchant for methamphetamines”