Spike Flynn - Invisible Things (take up the most space) 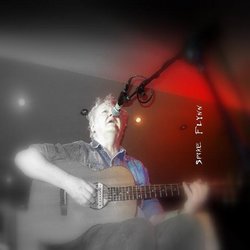 The album “Just this Side of Here” entered the Euro Americana charts at no. 18 in December 2019.

He will be releasing his fourth album of original Australian themed songs mid 2020. It will be called “Postcards from the Heart”.

He won the alt-country section of the Tamworth National Song-writing Competition in 2017 and had three songs in the 2018 finals.

He has supported international acts including Peter Rowan and his Bluegrass Band, Kristina Olsen, John McCutcheon as well as local acts such as Jim Conway’s Big Wheel.


This track, from an unreleased album, is based on the idea of 'invisible things' and how they are the most important things in life. It's an affirming song, saying that the 'small' things in life are ultimately the most valuable.