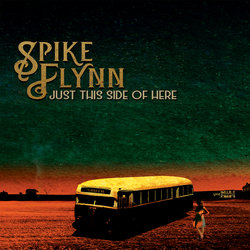 
"Father O'Connell" is a song about an old Irish priest. It references back to earlier times in country towns in Australia. It is about his loneliness, his longing in some ways for his 'home' but also about how he has come to terms with this and the good he did. It's about how the 'western dirt' changed him.

Other tracks by Spike Flynn: Like a breeze  -  Smoke at the river bend
%