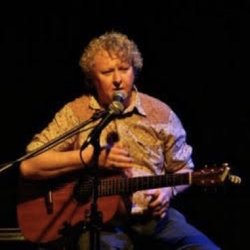 His first album "It's alright" reached number 10 on the September 2010 Euro Americana charts. “Just this side of here” is currently at no. 18 on the Euro-Americana Charts (Dec. 2019)

He has supported international acts including Peter Rowan and his Bluegrass Band, Kristina Olsen, John McCutcheon as well as local acts such as Jim Conway’s Big Wheel.


Christmas Under Southern Skies is a song with very evocative scenes of Christmas in a small Australian town. Tired together by the narrator who has experienced lost love, but has found a measure of peace back in his old home town. A song of realistic hope.

It is from a soon to be released album "Postcards From The Heart".