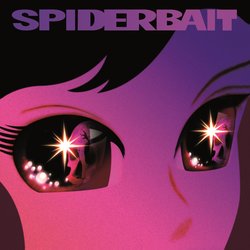 Spiderbait is and always was a group of three best mates – Kram, Janet and Whitt – with a shared passion for music and good times. This year they will celebrate … okay, this bit might blow your mind … their 25th anniversary together!

To the three of them, while this is officially album number seven, the new ‘SPIDERBAIT’ almost feels like a debut album again, their defining work. On one level, it encapsulates the whole story of Spiderbait thus far, a multilayered musical journey alluding to different phases of the band’s history.

On another level, it’s Spiderbait very much sounding as if the band has no past, as if it’s dropped straight out of nowhere into the present, here to point us in the direction of the future sound of rock.

For the making of ‘SPIDERBAIT’, the trio was joined by virtual fourth member, the Grammy and ARIA award-winning producer/engineer, and massive Spiderbait fan, Franc Tetaz. Spiderbait give Franc great credit for his vision and drive in bringing all this new sound to life.

Certainly, it’s the best news in Australian music in a decade. Spiderbait is back and this is the brilliant, inventive, funny, intense and emotional SPIDERBAIT.


Spiderbait's new single ‘Where’s the Baseline’ is a blend of frantic, heavy rock, celebratory Let There Be Rock riff and stadium guitar solo. The pulsating track recalls the band's earliest days in Melbourne when, every Wednesday, they'd head down to the legendary Chasers nightclub for it’s Hard & Fast night.