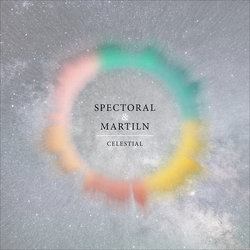 Born in Australia to Mauritian and Slovakian parents, Spectoral is an integral part of a huge scene of producers, rappers and songwriters in Melbourne known as the Beat Collective.

In a similar vein to contemporaries like Sampha, Golden Vessel and Lonelyspeck, Spectoral blends accessible pop with textured trip-hop, hip-hop and electronica, resulting in modern music that pushes the genre forward.

In 2017, Spectoral charted on Hype Machine, was featured in their Spotify playlist, and was invited as a guest for television and radio spots with SYN, 1700 and Plenty Valley FM.


Celestial sees the reunion of two of Melbourne's BEAT COLLECTIVE artists: Spectoral and Martiln. Joining forces once more on a highly anticipated collaboration, Celestial is a real gut-puncher, emotionally exploring themes of love, loss and reincarnation in grandiose fashion. A cutting-edge blend of trap, pop and electronic trip-hop, this is a single made for 2020 audiences.