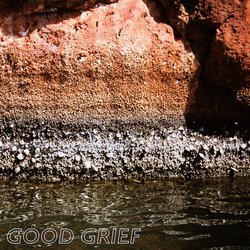 Spacey Jane have had a combined 2 million+ streams on Spotify alone, multiple singles championed by triple j and community radio, and a stack of festival and support slots.

They also have a knack of selling out shows both around the country and at home. Now working with Paul Sloan's booking agency Supersonic, regularly recording material with Dave Parkin at Blackbird and about to release a music vid for “Good Grief” produced by Mat Sav, it’s fair to say that Spacey Jane’s trajectory is on the up and in good company.

Having released their sophomore EP toward the end of last year, Spacey Jane are back with a new single “Good Grief”.

Big fans of their fans, Spacies are heading around the country to celebrate their new track. The single is yet to be released and tickets are already selling quicker than ever.


Spacey Jane singer Caleb describes "Good Grief". "It's a song that was meant to be written a long time ago but never felt right until now. It's about how the further I get away from parts of growing up that I don't like so much, the more I see how they shaped me for the better."