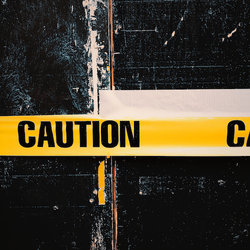 Born in Nigeria, raised in New Zealand, and now taking over Australia is WVS rapper Sophiegrophy, who rose to prominence back in 2016 with her independent debut mixtape PURPULARITY, which landed her a feature in ID magazine alongside a host of national performances.

The DIY mixtape impressed the WVS camp enough to sign her in 2017, which resulted in the release of Fa$t Life and BAG, two singles which earned her in excess of 350,000 streams online as well as the cover image of Spotify’s own All Aussie Hip Hop playlist.

Sophiegrophy has an attitude and swag as fierce as anyone, as well as a unique, charming aura that makes for a distinct yet diverse sound you can’t quite put your finger on. Whether she’s delivering cut-throat 16’s or catchy, pop-inspired hooks, the one thing you can expect from Sophie is that she will deliver nothing but quality.


Following the overwhelming international success of her last single BAG, Melbourne hip-hop Queen Sophiegrophy is back with a bright and bouncy new hit, titled CAUTION.

The eccentric new anthem turns Sophie’s steeze up to a new level, as she spits as confident and fierce as ever over some groovy, tropical alt-trap production by way of Jia Lih.