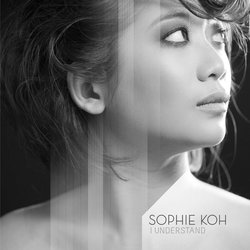 Sophie first came to prominence after being "Unearthed" by Triple J in Darwin in 2003 and has since toured around Australia, and supported acts such as The Go-Betweens, The Eels, Paul Kelly, Pete Murray and Howie Day to name a few. She was awarded the 'Best Female Artist' in The AGE Music awards in 2008. Born in New Zealand, and spending her formative years in Melbourne, Darwin and Singapore, she is now back residing in Melbourne.

Sophie is also known to Australian audiences through Spicks and Specks (co-hosting with Adam Hills on one occasion!), and RockWiz (singing duets with legends Jimmy Little and The Church's Steve Kilbey). Additionally, her punchy cover version of Split Enz's, "Charlie" is the closing track of the double-platinum selling album, 'She will Have Her Way- Songs of Neil and Tim Finn'.

Sophie has created her finest work yet, drawing on personal experiences and surprising new directions, in her much-anticipated new album, 'Oh My Garden'.


Sophie Koh’s highly anticipated third album Oh My Garden represents a sea-change for the Melbourne-based songwriter. Featuring collaborations with Robin Waters and J Walker. ‘I Understand’ sees Sophie break new ground both musically and thematically.
Says Sophie, “This is perhaps one of the most
personal songs I have ever written.”