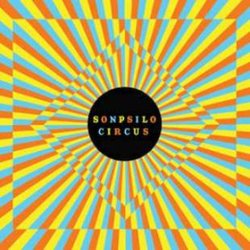 Channeling sounds from when rock was young and electrifying, the ‘Circus offer “meandering wah-flickers and Stratocaster screeches […] twirling bass licks and relentless but ever morphing drum lines.” (Cool Perth Nights). Tempered with mantric Eastern flavours and unstoppable pop hooks, their live shows are at once buzzing dance parties, song-driven wig outs and flurries of kaleidoscopic improvisation.

In August and September 2011 Sonpsilo Circus launched their debut self-titled EP (available through MGM Distribution) to a packed show at Mojo’s in Fremantle and a sold out show at The Bird in Northbridge. The EP received “EP Of The Week” in Drum Media and was local feature on RTRFM. In December the band headed East on their debut national tour and have just kicked off 2012 with Festival appearances at Southbound and The Big Day Out in Perth.

Other tracks by Sonpsilo Circus: See Her Run  -  Your Mother Built The Sky
%