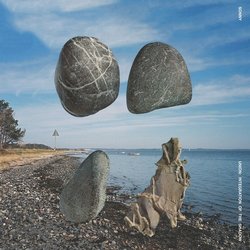 Sonny presents fresh perspective in the musical landscape of Scandinavia, combining years of experience making music and developing esteemed production skills to create a unique project. Settling in the capital and becoming instantly engrossed with both the underground scene there and Danish culture in general, Sonny brings together notes from this journey into forthcoming debut album, Union: Integration Of The Shadow. From the sun-soaked shores of Australia to the chillier and often darker backdrops of Northern Europe, the LP represents the marriage of those differences and how they have further molded him as a person.

Since his relocation in 2017, Sonny has put himself on the map in the depths of Europe’s underground house and electronic scene with the release of three EPs and the founding of his own label, Northern Underground Records. With a full debut LP on the way, the first glimpse of Sonny in “The Feels” will leave you longing for what’s next.


Drawing inspiration from his immersion in Danish culture and its underground scene, Sonny crafts precision-cut sounds and rhythmic house. The track, openly stemmed in the feeling of devotion tying to one great love, seamlessly wraps a steady rhythm in striking analogue synths and warm percussive vocals riffs echoing the fruits of the cross-continent cultures he has come to absorb.