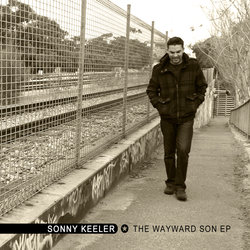 In 2004 Sonny released his debut Ep 'If Only'. The title track received positive local and national community radio play.

Sonny's ability to connect to an audience has been through his live guitar and soulful vocals, citing influences from Hendrix and Stevie Ray Vaughan and in 2012 he returned to the studio with long time friend and bass guitarist Doug Petherick to record 'The Wayward Son Ep'.

The title track 'Wayward Son' is close to home (Ceduna, west coast of South Australia) and is based on a true story. Similar sentiments is the soulful track 'Graces' in recognition of Sonny's grandmother - also paying respect to Indigenous elders who have paved the way, many passing before their time. 'Early Warning' captures some of the live feel you may recognise. 'Frontline' is living in the middle, sometimes on the outskirts, still remaining in hope through adversity, race, religion and everyday life.

While leading his band at festivals and venues, he has also been regularly involved as a mentor in songwriting workshops, instrumental teaching and band instruction for Indigenous youth and community. Over the years adding his unique guitar skills to several other bands.


About growing up on the wrong side of the law, and what it is like for many Indigenous young men in community. Rolling with the punches and coming out the other side wiser and stronger.