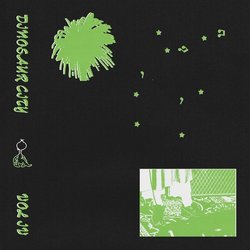 With Body Type, Blackman has spent a large part of the last year touring Australia, US and UK, supporting Pond, Alex Cameron and Unknown Mortal Orchestra on their national tours in Australia, and playing festivals SXSW, The Great Escape, Hit The North and Live At Leeds off the back of releasing two highly praised EPs.

Amongst all this, Annabel has found time to write, produce and record new material for Solo Career, while making a name for herself across Sydney's bourgeoning music scene, supporting Sasami and Gordon Koang and playing alongside beloved contemporaries Poison Abbey, G2G, Loose Fit, and Jacky and the Wünderz.

'Feelings', a hazy synth-soaked track which Blackman describes as "a beautified whinge over the agony and boredom of waiting for the Romantic Object to reply" is the first taste of Dinosaur City Records #4, a 24-track compilation stacked with brand new tracks from Australia's best DIY musicians including Poison Abbey, No Sister, No Local, Premium Fantasy, e4444e, Repo Man, Babey and many more.


'Feelings', is a hazy synth-soaked track which Blackman describes as "a beautified whinge over the agony and boredom of waiting for the Romantic Object to reply".