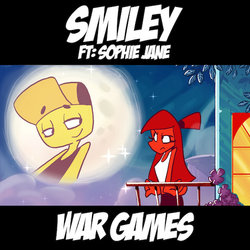 Anything you need to know about Smiley you can find out from his lyrics. The Perth emcee has always let his music do the talking; communicating in crystal clear, brutally honest terms. From his philosophies to his politics – from how he feels about cops, to how he feels about the community – it's all there. Following on from a world first collaboration between an Australian hip hop artist and Canada's legendary Swollen Members with first taster Looking Glass, Smiley has dropped new single War Games from his just released album Stick Up Kids.

Produced by multi platinum, multi Juno Award winner Rob The Viking, Stick Up Kids is quintessential Smiley – viciously up-tempo and relentless – giving him all the room he needs to spit with precision and impunity. Dark and shady as only Smiley can do it, Stick Up Kids is raw, real and sinister.

With the staggering array of tricks in his bag, the gifted emcee has stepped up to take what's his. Proudly carrying the torch passed down from exalted artists like Downsyde and late icon Hunter, Smiley is the next heir to the throne in Perth's hip hop lineage.


Flaunting another exciting collaboration, War Games is a deliberate change of course – backing off the throttle and injecting danceable pop hooks, courtesy of Perth luminary Sophie Jane. Smiley says of the track "War Games is a personal but relatable tale of a turbulent young relationship struggling with insecurities, commitment and trust."