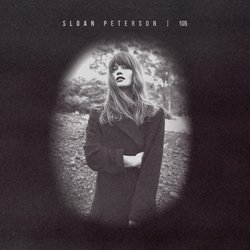 For Sydneysider Joannah Jackson, the line that separates where she ends and Sloan Peterson begins is a blurry one.

Although only 24, Sloan Peterson is the second band Joe has formed and fronted. Having moved in with her sister at age 16, Joe forged her taste for music through involvement in Sydney's South Coast DIY art scene, where she was living at the time. There, she spent years recording music through her laptop, filming homemade music videos, sifting through dusty records searching for lost gems with friends and lovers as they they came and went from her life. It was there she started her previous band Black Zeros and began making a name for herself.

Now, she returns as Sloan Peterson; a love child of 50’s guitar pop and modern garage rock, bursting with a warmth that’s inseparable from her private identity. Influenced by everything from Elvis, to Wanda Jackson or the fashion statements of Nancy Sinatra and Bowie - Sloan Peterson is the sum of these influences that adds up to so much more.

Her debut, self-titled EP is set for release through Mirror Records, July 13 2017.


"the song was written about a lost lover of mine, who clearly lacked emotion and devotion, making my life at that period a little painful. It was a natural development of words from my heart; a sense of having some one but not really having them at all." - Sloan Peterson