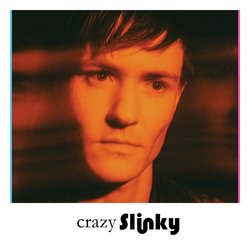 Inspired by his own experiences with mental health, singer/songwriter/producer Slinky dives into deep ideas and darker sounds with new single “Crazy”.

Recorded and produced in his bedroom in Sydney, Australia and released on his own record label Slinky Sounds, “Crazy" explores themes of anxiety, depression and alienation in modern society. Slinky’s insight and wordplay used in the lyrics “nihilist fortress, paranoia portrait” and “rainbow acid rain pouring out my brain” showcase his individuality as a writer. Combined with his earworm melodies, Slinky creates depth in the often shallow format of pop songs.

After a busy 2019 playing solo shows throughout Europe and supporting Aussie legends 1927 in Australia, Slinky is back with his best work yet, with more to come throughout 2020.