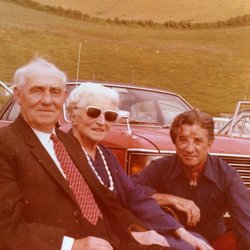 Recorded in a bedroom in Melbourne, SixFeet’s self-titled debut is a collage of recordings with all classic vibes from Sinatra to the Sex Pistols. Self-funded, self-produced and self-released, the record is available online only.

They have no plans for live shows but a follow-up album featuring an extended line-up is in the works.


A melancholy tale of love and marriage set against a bouncy country skip, featuring lush vocal harmonies with just a hint of surf all held together by Ike's raspy croon.