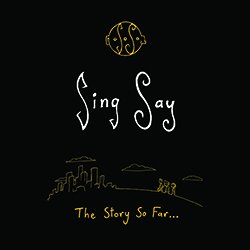 Mechacity's (aka Brisbane) three piece alt rock band of amiable heroes have developed an entire Canon for their self illustrated series of comics that tie directly to their alternate rock music.

In Mechacity, explore a world of fictional, postmodern premises with Sing Say and their rock band prototype. Travelling from the wide ocean surfing dolphins trying to find dry land to escaping prison and musical heroes who have come back from the dead. Like their story, the music has a twist of grit amongst the feel good vibes.

They have been experimenting with a range of media from music performance, illustration, to animation and video games. Their biggest win to date is publishing their own Comic Book EP ‘The Story So Far…’, featuring three of their own tracks and self illustrated by their very own Dan Heck.


Hero Artist (the second episode of the sega), explores a famous band the ‘Decomposers’ within MechaCity who end up being used by the BugLord, killed and buried - naming it suicide.

Other tracks by Sing Say: Human Touch  -  Gone Too Far
%