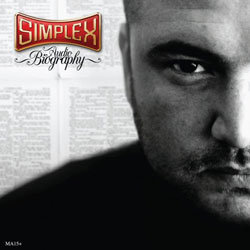 Recognised by his peers Australia-wide as one of the hardest working Hip Hop producers, Simplex’s (Terra Firma) guest appearances and production work reads like a who’s who of the Australian Hip Hop landscape including the Funkoars, Hilltop Hoods (of which he is a fellow member of the Certified Wise Crew), Drapht, Pegz, Brad Strut and Reason. International artists including C Rayz Walz (NY) have also requested his unique production sound.

The album had been a long time in the making but Simplex shone as an emcee, vocalist & producer with supporting guests appearances by his crew Terra Firma, Delta (Nuff Said Records), Candice Monique (from M-Phazes’ “Goodbye Gravity”) and Ranto Bokgo (South Africa).


A song about Simplex finding & recognising his limitations, shortcomings, hopes & passions while remembering the important things in life such as friends & family.