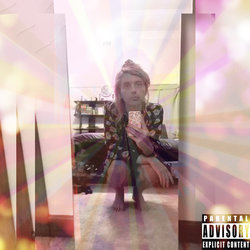 Simo Soo is pretty hard to pin down, in between throwing beats influenced as much by modern pop and club music as avant electronica, Soo will spit incredibly fast rhymes or punky yelps right at you. He creates music that is positive, crushingly honest, hyperactive, anxious and healing, fitting into all and no boxes at once. This is music for people who feel misunderstood, unheard or under appreciated.

As a solo musician, Soo has released 3 albums and multiple EPs, mixtapes and remix compilations. His latest release 'We've All Been Tricked...' was recorded start to finish live on Instagram and featured collaborations with Yon Yonson, Marcus Whale, Lonelyspeck, Bilby & more picking up airplay on Triple J, FBi and most every other community radio station in Australia.

As a live performer, Soo has played shows all over Australia, in Spain and completed multiple tours of the USA. He has collaborated and performed live with artists such as Peaches, the Boredoms, Das Racist, Lakutis, Chicks on Speed, Abdu Ali, Kučka, Schwarz & Spacegirl Gemmy.


Simo Soo and Blackheart team up for the Joy Division meets trap of 'Blade' written and recorded directly after the two watched the 2017 Darron Aronofsky film 'Mother!'.