Silver Citizen - Years Behind Me 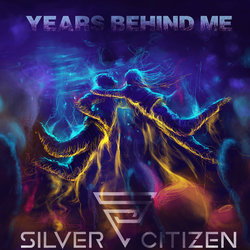 Silver Citizen (Jimmy Wenham – lead vocals/guitar, Andy Kellie – bass/vocals, David “Double Kick Dave” Hensler – drums) have commanded the stage across various Brisbane venues including The Zoo, Woolly Mammoth, The Flamin’ Galah and Tomcat, and have played alongside acts such as Roadhouse, Port Royal, The Stranger, Trapdoor, Dopamine and The Drafts.

Following their release of two singles in 2018 (‘Now We Groove’ and ‘Cut You Off’), Silver Citizen will be releasing their upcoming fifth single ‘Years Behind Me’ in April 2019 – an emphatically pensive track offering a nuanced arrangement of poignant vocal harmonies, heavy guitar riffs and a vigorous drive.

"Catchy and melodic with enough heaviness to have a mosh pit in a brawling frenzy…” - (Indie Buddie, 2018)


“When I look into your eyes, I can see all of the years behind me” – ‘Years Behind Me’ is as deep as it is heavy. Full of introspection and longing, it reflects on moments from past relationships. The pre-chorus begs “open your eyes and see the light in me” – symbolism that is represented in the official music video.