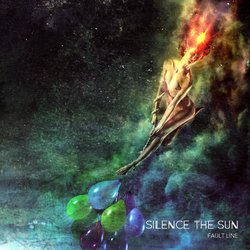 Brisbane alt/prog rockers Silence The Sun have announced their anticipated debut album “Sailing Empty Streets” is set for release on Friday 23rd June and they will be celebrating with a home town launch gig to kick off their East Coast tour. The second single “Fault Line” is due out Friday 12th June.

The debut single “Faceless” has been picking up airplay on rock radio around Australia including commercial airplay on the Rebel FM network, as well as several oversea stations and reached No.9 on UK station Way Out Radio’s weekly top 10. The jarring video clip for “Faceless” was created by a local team of producers who worked on The Jungle Book for Disney and the track picked up some favourable media reviews, including the Australian Musicians Network describing the song as “a wall of sound – earmarked by thrashing drums and guitars along with a vocal delivery of world class quality”.


Everyone at some stage of their life walks a fine line where things feel like they could go down an uncontrollable path from bad to worse. At those times, it's often the simple moments that provide the comfort and solace to keep pushing on.