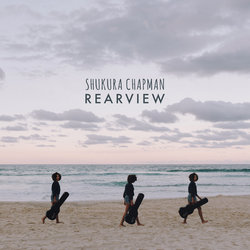 Shukura Chapman is a dynamic UK born, New Zealand raised, Australian based singer-songwriter & one-woman band with a powerhouse voice. This independent soul artist’s rich sound is a melting pot of roots, funk and bluesy tones that echo a unique blend of her influences - Alabama Shakes, Anderson .Paak, Amy Winehouse, Matt Corby and Ben Howard. Shortly after Shukura released her debut single ‘One by One’ it was picked up by Triple J and played on air, as well as piquing international interest with several blogs featuring the track with rave reviews. Shukura’s live shows involve intoxicating vocals & live-looped smooth guitar & funky percussion parts. 2016 has been a huge year for Shukura, releasing her debut single One by One & her EP Rearview, as well as playing the main stage at Caxton Street Festival, opening Brisbane Festival as the first live music act, being included in the first line-up announcement for Buskers by the Creek Festival, regularly performing for Brisbane City Sounds & having a residency at Catchment Brewing Co. Shukura Chapman is an exciting up and comer to keep your eye on as she continues making waves in Australia's music scene.


One by One is a reminder to pause and breathe deep in amidst mind-clutter and external chaos. It's a reminder to slow down and let your thoughts fall away, one by one.
Shukura wrote One by One (her debut single) and recorded drums, ukulele, vocals and some guitar.