Shorelines - Worry About Yourself 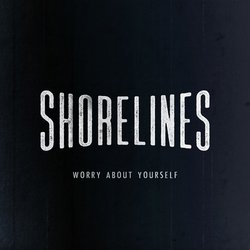 Shorelines is a four-piece from Brisbane – featuring Harry White (Lead vocals and bass guitar), Dylan Thompson (Rhythm guitar), Sean Fisher (Lead guitar) and Shaman Grayson (Drums). With their debut EP released in May 2017 – aptly titled “New Heights” – it quite literally took them to new heights having supported fellow US punk-rockers, Real Friends; featured in America’s number one pop/punk magazine, Alternative Press – who proclaimed the band to “soon be rising to the top of this generation’s pop-punk offerings”; and have recently clocked over 1 million Spotify streams, which is a mean feat by any band self-managed and self-released… and with only one EP behind them. Described by popular music blog, Wolf in a Suit, as “punk rock at its finest”, Shorelines are set to release their sophomore EP on October 5 titled ‘Blank Pages & Broken Records’.


It's the bands rock anthem from their side of negative and unnecessary conflict, explaining that they will keep creating their own path the way they feel is right for them, and that others should just focus on themselves. The single is part of an overall story of significant experiences the band have had to face with people in their lives.