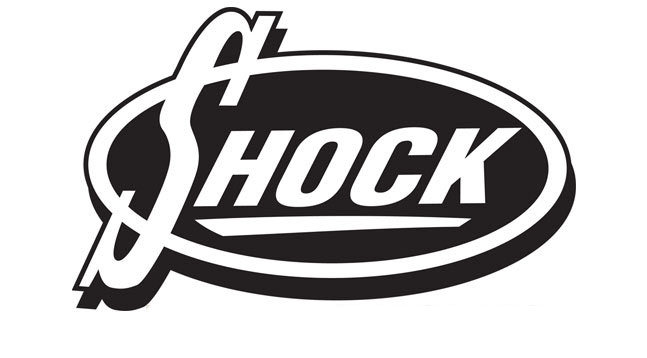 See details
All experienced musicians – previously of well-known and now defunct Brisbane bands The Dream The Chase and Amberain, whilst Britt is also vocalist for Melbourne metalcore band Dream On, Dreamer.
Burn is an impressive collection of ten blistering rock tracks produced by Sonny Truelove (Before Their Eyes, Sienna Skies, Creations, Angela's Dish, For All Eternity) at STL Studios on the NSW Central Coast.

See details
Brisbane alternative rock band Young Lions – members previously of The Dream The Chase and Amberain, whilst frontman Zach Britt is also vocalist for Melbourne metalcore band Dream On Dreamer.
‘Burn’ is the new single and title track from their critically acclaimed debut album. Recorded in early 2013 at STL Studios with Sonny Truelove (Before Their Eyes, Sienna Skies, Creations, Angela's Dish, For All Eternity), Burn released in October to critical acclaim.

See details
Will Stoker & The Embers seek out and embrace the darker elements of rock, blues and dusty stripper jazz, veering wildly from seething rage, to tender bar room balladry.
First single: The King, a manic 3 minutes capturing all the elements that make up this band’s unique sound. Unhinged verses, a melancholic memorable chorus and a completely off the wall phased out solo make The King stand out as the lead track from a debut album filled with highlights.


Other tracks by Will Stoker & The Embers:  Bower Bird Blues

See details
THIEF was born when Sydneysider PJ Wolf traded in his guitars for synthesizers crafting a fresh minimalist sound embracing the aesthetic of contemporaries such as Metronomy, Frank Ocean and N.E.R.D.
‘YOU LOOK SO GOOD TO ME’ is a new electronic pop single from 'Thief' set for release via Rabble/Shock Records on 10th October. 'Thief' has garnered significant support with this track from Triple J and key blog tastemakers.

See details
Thief was born when Sydneysider PJ Wolf traded in his guitars for synthesizers. His early demos found their way on to the internet and earned praise from online music tastemakers.
The new single ‘Broken Boy’ will feature on Thief’s upcoming debut EP Closer – set for release via Rabble/Shock Records on November 1. ‘Broken Boy’ follows the highly talked about demos ‘Closer’ and ‘Cold’ which achieved significant community radio airplay and garnered support from Unearthed and Triple J

See details
Since 2006, Newcastle five-piece Seabellies have earned their musical stripes touring with the likes of Pixies, Phoenix and Soulwax, as well as their own headline tour and countless festival appearances.
‘Berlin Horses’ is the second single taken from Seabellies sophomore album Fever Belle - a thumping slice of dreamy nostalgia.

See details
Ocean Grove are an experimental hardcore band from Melbourne who have progressively developed a sound that is as distinguishable as it is crushing, capturing the attention of fans across Australia.
Hard-hitting first taste off the highly anticipated EP that is sure to leave you frothing.

See details
Sydney’s Ginger and the Ghost are pleased to announce their new single ‘The Mark Of Hearts’.
The Mark Of Hearts combines voclats Missy’s child-like voice with guiatris Daniels’ dynaminc looping to create an epic yet grounded sound.

See details
Since their inception as a band in late 2010, Sydney’s Caulfield have established themselves as one of Australia’s most promising post-hardcore outfits.
Lead single ‘Sour Grapes’ is set to follow The first taste of Vanity; ‘Sweet Defeat’ – which premiered on triple j’s influential ‘Short Fast Loud’ program and is a telling tribute to the band’s aggressive sound and a promise of what is to come on Vanity.

See details
Caulfield are a post-hardcore outfit from Sydney – their hard-hitting melodic style and energized live performances have seen them support the likes of Parkway Drive, Buried In Verona & Northlane.
‘Living In Fear Of Loss’ is the new single from Caulfield’s latest album Vanity (2013). The band won much praise with the release of Vanity and have gained a loyal following at home and overseas with their live shows.

See details
Since Caulfield’s inception in 2010, the Sydney-based hardcore band refused to hesitate hitting the road. Winning fans across Australia with their energised live performances, and unique hard-hitting melodic style.
'Hell Inside My Head' (2:59), is the first single from the new album and captures Caulfield's aggressive and melodic musical approach.

See details
This independent Melbourne trio headlined 30+ tour dates across Australia throughout 2009 as well as touring with Rock legends AC/DC in early 2010.
'Not Like Anybody' is the first blistering single from the album 'Hold, Hold, Fire, which has justifiably recieved a whole lotta love from both radio and the the punters.

Other tracks by Calling All Cars:  Hold, Hold, Fire  -  Disconnect

See details
Since the creation of Belle Haven, the Melbourne post hardcore band have advanced into a well known, established performing act headlining shows to followers across Australia and supporting international acts.
'The Looking Glass' is (4:17) track taken from the upcoming album ‘Everything Ablaze’ which is set to release March 27 2015.

'The Looking Glass' was recorded in the USA with internationally renowned producer, Matt Goldman.

See details
Belle Haven are a post-hardcore act from Melbourne who pride themselves on their live show. Drawing influences from Underoath, Circa Survive and The Chariot they are genuine songwriters and performers.
'Hunt For Health' is a hard hitting, short (1:23) track taken from the upcoming album ‘Everything Ablaze’ which is set to release March 2015.

'Hunt For Health' was recorded in the USA with internationally renowned producer, Matt Goldman).

See details
Ash Grunwald is one of Australia’s loved bluesmen. Popular for his crowd frenzied shows and blistering guitar playing, critics and fans rave about his unique blend of roots and beats.
Second Guess encompasses the essence of what made Australia and the world originally fall in love with Ash Grunwald. With an overflow of groove from the opening riff, paired with tight percussion and a unique moog synth bass line, Second Guess hits you with an attack of the aural senses.

Other tracks by Ash Grunwald:  River