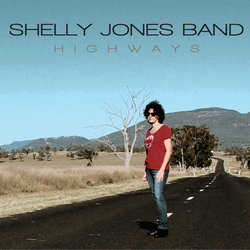 Based on the Mid North Coast NSW, these polished all round entertainers have been performing professionally together for over 15 years in their current format with an immense live performance listing of numerous registered club venues throughout NSW, and appearances at many well known Australian Country Music Festivals.

Along with their hard work ethic, the Shelly Jones Band also enjoy extensive national and overseas radio airplay since first releasing their music to radio in 2014. All 14 of their radio releases have entered the charts including 9 TOP 10 hits in the Country Songs Top 40 Australian Airplay Chart. In 2019 they also broke the Australian record for being the first artists to debut at #1. This was achieved consecutively with their #1 hits "Merle" and "Nice To Be With You".


The Outback presents something a little different from husband and wife duo the Shelly Jones Band and is their tribute to the Australian Outback. Inspired by their many road trips inland, Shelly and Lester wanted to capture the magic of the mystical Outback they have fallen in love with.