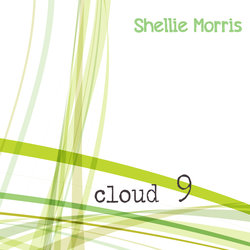 Shellie Morris is one of Australia’s finest Indigenous singer songwriters and her voice and heart-felt music has seen her grace the stage from Melbourne to Vancouver Winter Olympics, Japan and London.
She is a feature artist with the Black Arm Band and has collaborated with the likes of multiple Grammy Award winner Gilberto Gil, Melbourne Symphony Orchestra, Mavis Staples, Tim Rogers, Yothu Yindi, Warumpi Band, Paul Dempsey, Jimmy Barnes and Mischelle Ngecell.
Firmly rooted in community and sharing her songs of life, Shellie has been a huge inspiration and role model for Indigenous musicians; from her work on the big stages with John Cale, Sinead O’Connor and Gurrumul Yunupingu to sitting around a campfire with a guitar, her music speaks of to everyone.
Shellie is an ambassador for APRA and is 2012 national winner of the Music in Communities Award from the Music Council of Australia for her work in Indigenous communities around the nation using music as a healing and sharing experience.
She is a two-time winner of Female Musician of the Year at the NT Indigenous Music Awards and her language album Ngambala Wiji Li-Wunungu (Together We Are Strong) created with the Borroloola Songwomen won a 2012 NIMA.


Be careful! This song has been known to bring rain. Shellie says whenever she performs this song, the clouds roll in. A modern-day rain song.