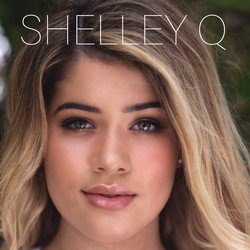 Shelley Quartermaine brings the heart of the windswept country to your ears.

Despite her young age, one couldn’t deny her passion for music, having nurtured it as a child singing lullabies to sheep on the back of her Dad’s ute and singing along with her elder sister for fun at every opportunity. The musical greats Johnny Cash and Michael Jackson provided early inspiration for her to pick up a guitar, ultimately providing comfort during many nights away at boarding school in Perth.

Shelley has performed in many places across Western Australia, including performing to large crowds singing the national anthem at the Perth Arena and local Australia Day celebrations. While country music is her favourite, Shelley has also been experimenting with other genres such as pop, jazz and classical, and even has some trap and indie songs emerging.

Outside of singing, Shelley has a love of maths and science, and is studying to be an engineer, having been granted a scholarship at UWA.


'Australia' is a song composed and sung by Shelley Q. The song is an uplifting country folk song celebrating the best aspects about life in Australia, including country life in rural towns!

Other tracks by Shelley Q: Life Goes On