Shaun Kirk - Give to the Needy 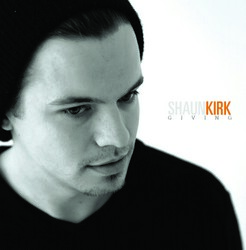 Shaun’s grooves are addictive, and his capacity to connect with his audience also stems from his reflective song writing ability which is heartfelt and seemingly comes from a place beyond his years.

Undoubtedly 2012 was an impressive year for Shaun, with his album ‘Thank You for Giving Me the Blues’ climbing to #1 on the Australian Blues/Roots Airplay Charts. Such is the regard that Shaun has earned, reviewers have since labelled him as “the most exciting blues talent this country has seen in a long time” – (Matthew Frederick, PBS FM), and Shaun has been billed alongside such names as Joe Bonamassa , Big Bill Morganfield (descendant of the late great Muddy Waters), Ash Grunwald and Mia Dyson at some of the Australia’s most prestigious venues. Shaun is also emerging as a consistent inclusion on the festival scene, performing at Woodford Folk Festival, Queenscliff Music Festival, St Kilda Festival, Caloundra Music Festival, Sydney Blues Festival, and Blues on Broadbeach. His popularity with audiences saw him voted as the ‘Youth People’s Choice’ at Blues at Bridgetown 2012 as well as ‘Best New Artist’ at St Kilda Festival 2013.


This high energy track could be labelled as Kirk's first 'protest song'. With a driving blues riffs and Shaun's trademark soaring vocals, this new single is a testament to his ever evolving blues style.