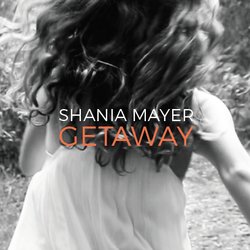 Coming from a Ukrainian background where arts and culture was the norm, Shania began making up songs as a child. She first put pen to paper at age 12, writing pop songs on her keyboard. She had music lessons from age 7 before going to La Trobe Uni, where she completed an Arts degree majoring in music. It was at this time, at age 18 that she began writing classical/instrumental and acoustic pieces. She also did a trimester of a Bachelor of Music, majoring in composition and production at the Australian Institute of Music.
In 2002 Shania released a CD of classical music called 'Play On'. It was broadcast Australia wide on ABC Classic FM and SBS' Ukrainian program. She is a full writer member of APRA. She writes in a number of styles, primarily classical, ambient, folk, pop (ballads and dance). Her music is mostly melancholy in style. Her influences include Chopin, Bach, Michael Nyman, Agnes Obel, First Aid Kit, Gotye, Sia, Florence and the Machine. She has spent the past 7 years in politics, and plans to use her music to raise funds for causes such as the prevention of family violence.


Getaway is a song about what it feels like to be in an abusive relationship. It doesn't vilify or alienate. It was written in a way anyone can relate to, and profits from the song will be used for the prevention of family violence