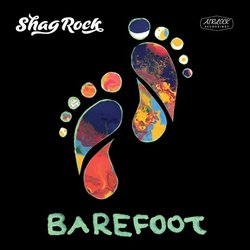 View this email in your browser
MEDIA RELEASE

STREAM | DOWNLOAD | PRESS SHOT
It’s been a huge few months for the Brisbane’s Shag Rock. After having an amazing end to 2016 when their single "Sunbleached Girl" picked up over 250K Spotify streams and became a pre-party anthem for youngsters all over the globe, the four-piece then went on to release their acclaimed sophomore album “Barefoot” and embark on what was their biggest national tour yet. Continuing this momentum well into 2017, the band have returned with the single and video release of their album highlight, Time Wasted.

Almost anthem-like in its sound, the tune boasts driving drum beats, slapping basslines, and sharp guitar riffs, and makes a bold statement on drug use by venturing deeply into the drug habits which have affected those around them.


“So many people I’ve met say that their drug habits are just things they do because their friends do it; and a lot of the time they go on to try and justify it as though it’s something they won’t keep doing.”