Amrap's AirIt | Australian Music Radio Airplay Project :: Rock :: Shïppa-63 - The Girl With No One To Love

Shïppa-63 - The Girl With No One To Love 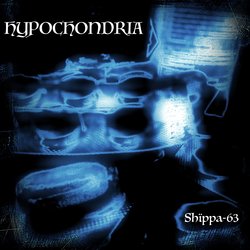 Shïppa-63 hails from the seaside town of Kingscliff, on the Far North Coast of NSW, Australia. Rather than being a solo artist or a one-man band, Shïppa-63 prefers to call himself a solo-band. His influences over the years have been Britrock/pop bands such as Blur, Radiohead, The Jesus & Mary Chain, The Sex Pistols, Doves, Elbow, Oasis etc, although he does have a soft spot for The Black Rebel Motorcycle Club too. His biggest influence has been John Watts, aka Fischer-Z. All original songs are written and performed by Shïppa-63, with all vocals and instrumentation carried out by him as well.


The Girl With No One To Love is a throwback to the Britpop era of the Las, Blur, etc of the 90s...with a touch of late 60s psychedelia thrown in for good measure. At the time of writing, the band is still trying to work out who she is!

Other tracks by Shïppa-63: Around  -  Hypochondria
%