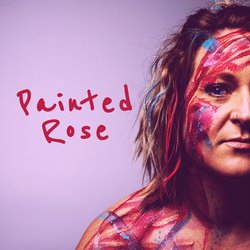 Sgt. is an abbreviation for Sergeant. Hulka is surname. Kirsty Hulka received the nickname ‘Sergeant (Sgt.) Hulka from a 1980’s movie character.

After many years of playing in other local original bands, in 2018 she decided to front her own band under that very nickname. With impressive keyboard skills, powerful pipes and a quirky song writing style, she teamed up with Tim Marshall (drums), Brent Gillham (bass) and Millie Taylor (BV's) to complete the line up. Influenced by artists such as; Meg Mac, Regina Spektor, Tom Odell, Ben Folds and Amy Winehouse, Hulka's style is a unique blend that has a modern twist yet embraces a sense of nostalgia.

Since exploding back into the music scene last year, Hulka has played keys with other bands such as; Goat Faction, Bambusea Rhythm Section, Reef and The Riff Raff and has performed at Wave Rock Weekender, Karridale Circus Festival, supported Cat Empire, toured the south west and has recently received a place in the Grand Finals for Listen Up! Music’s song writing prize for her song Warrior.


Loneliness can do strange things to you. Especially when loneliness is triggered by a relationship break up. Unable to differentiate the good times from the bad, you enter back into the relationship. After a short time you realise it's toxic and you break up again. This continues to happen and each time you scar yourself just that little bit more.