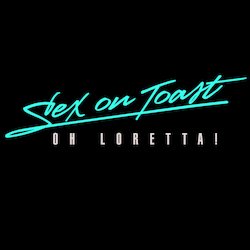 Sex on Toast's choreographed stage act, complex arrangements, performative larrikinism and danceability have won the hearts of casual punters and hardcore fans alike, all across Australia.

2015 is set to be another stellar year for the band, with the release of the EP 'Ready' and the first single Oh Loretta' primed for release. The first instalment of the two-part Rough/Ready series 'Ready' is a tight packet of sublime studio musicianship and songwriting, harking back to the days of slick LA studio bands and sophisticated pop bravado, coupled with the energy and tenacity that make Sex on Toast undeniable


‘Oh Loretta!’ is glistening with Blue-Eyed Soul and bubbling with immaculate studio musicianship, that harkens back to the days of slammin' backbeats, warm vintage keyboards and 10 guys in hot threads cutting it live.