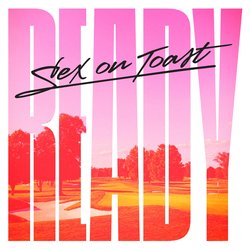 2014 saw the release of their self-titled debut album, featuring the lead singles ‘Takin’ Over’ and ‘Hold My Love’, accompanied by stunning music videos from Peter Savieri (Queen of the Damned, He Died With A Felafel In His Hand, The Muppets), launched them at sell out gigs in Melbourne and Sydney, and three East Coast tours to rave reviews and ecstatic crowds. ‘Oh Loretta’, the first single from their impending EP ‘Ready’ was released in 2015 as a continuation of Sex On Toast’s sublime studio musicianship and songwriting.


First listen of 'Doubt': you'll be hit in the guts by its Phil Spector-esque 'wall of sound' production. Second listen: you'll snicker at the flippant observational lyrics as they follow a protagonist who is an "unappealing git". Third listen: you'll view Sex On Toast in a whole new light.