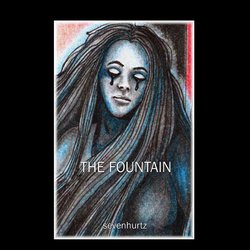 Originally formed by bassist Brenton Meynell in 2006, Sevenhurtz enjoyed some early success when their song Overyou was featured on the Billabong Passion Pop DVD.

After several line up changes the band really came together in 2009 when singer Clint Hansen and guitarists Troy Martin and Chris Wana were recruited.

Sevenhurtz commenced recording their debut album, 'Room of Confusion', in early 2010 at Brenton's Halfway Studios on the Gold Coast. Striving for recording and production perfection, this process would consume the band for next 24 months.

Sevenhurtz then engaged professional mixing team Mark Opitz and Colin Wynne to mix and do additional production for the album at Thirty Mill Studios Melbourne.

The fine result of all this hard work, hard-rocking debut long-player, 'Room of Confusion', is available now.


The first cut from Sevenhurtz’ debut album, Room Of Confusion, The Fountain, is a guitar-driven rock anthem. Slabs of granite-hard bass and drums underneath, layers of baritone vocal on top, this three and a half minute riff-rocker invokes the finest elements of ‘90s rock, from Alice In Chains to Nickelback.