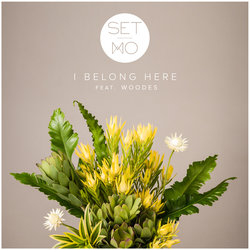 Well groomed, well mannered, well spoken, well dressed, well liked: Set Mo are the DJ / producer duo your mother didn’t warn you about, and in fact, would be glad for you to invite home for dinner — before happily sending you out for an evening of 21st-century-sophisto-disco debauchery with the boys.

Comprising Sydneysiders Nick Drabble (short back’n’sides) and Stu Turner (goatee and ponytail), Set Mo came together in 2012 when the two DJs, who’d often found themselves on the same bill, decided their sounds were so complementary that perhaps they should test how tag-teaming tracks back to back would sound. Pretty good, as it turned out. Studio forays soon followed, resulting in tasty classic house-tinged, vocal-driven cuts including the breakout White Dress (feat. Deutsch Duke). Yeah, you heard that one, right? White Dress was the 11th most-played track on Triple J in 2014, and has clocked up more than 14 million streams on Spotify since its launch.

‘I Belong Here’ is Set Mo’s latest single featuring the stunning vocals of Woodes, as well as an all-star cast of Asta, Elizabeth Rose & KLP as the ‘mini choir’ and Tom Tilley on bass.


An absolutely mesmerising, tingly, piano-tinkly vocal house beauty. ‘I Belong Here’ features Townsville-bred singer/songwriter Woodes, as well as an all-star Australian cast of Asta, Elizabeth Rose and KLP as the stunning ‘mini choir’ on backing vocals and Tom Tilley on bass. ‘I Belong Here Ft. Woodes’ is out now.