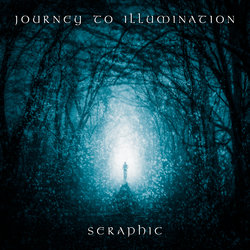 The latter half of 2016 saw Seraphic morph into the established five-piece act they are today with the addition of Raouf Araji, ex-Dark Symphonica, on rhythm guitars. Their lineup now complete, Seraphic were ready to conquer their first major milestone of supporting American progressive metal legends Queensryche for the Brisbane leg of their recent Australian tour, a performance that was highly praised.

2017 already promises big things for Seraphic. The band wowed audiences with a special acoustic set in support of Wednesday 13 for the Brisbane show of his recent Undead Unplugged Down Under Tour. However, most significant is the imminent release of Seraphic’s debut album “Journey to Illumination” on May 23, 2017, with an album launch show to follow on June 3, 2017 at New Globe Theatre, Fortitude Valley.


"The Final Act" is the second single from "Journey to Illumination". It is dark, bold, progressive, experimental and theatrical in style, and touches on themes of the paradox of the human condition, nature vs nurture and the whether there is a purpose to human existence.

Other tracks by Seraphic: Fire and Ice