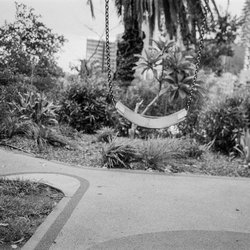 After entering the country after a lengthy stint in the U.K, with his beautiful late night tale '12:51am', Sydney's Self Tape is armed with an uncanny ability to create audio that will make you feel as though your literally airborne.

An air of secrecy continues to shroud his character, with already a growing clique of supporters at Triple J including Linda Marigliano, Dave Ruby-Howe and the Aston Shuffle, as well as rotation adds at FBi Radio and Triple J Unearthed.

With two originals already under his belt as well as an official remix for Miguel Campbell, his latest ‘Lele’ was a welcome addition to the Blue Line Steppers Vinyl Compilation recently released under Of Leisure records.

Immediately sitting in this luscious electronic realm, it's fairly hard not to draw comparisons with the likes of Leon Vynehall, Charles Murdoch and Jamie XX - reasonably big names to stand next to considering the projects early inception.


‘Mexico’ first takes you on a progressive journey as the songs builds from beginning to end with pulsing baselines and stabbing synth accents. While spending some time in Mexico last year Self Tape found this track washed up on a Tulum beachside resort while exploring new sounds and surrounds.

Other tracks by Self Tape: Cloché