Self Tape - Hanging Over You 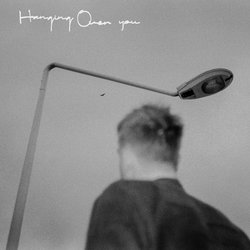 After releasing a slew of warmly received singles and remixes, Sydney-based electronic producer and house DJ Self Tape has just unveiled tour dates and his mesmerising new single and accompanying video for ‘Hanging Over You’.

Shot and directed by Sam Bratby in Prince Alfred Park, Sydney with additional photography by Chris Grundy, the ambiguous video showcases a world of its own inhabited by two special humans.

To coincide with the release, Self Tape will play a handful of live shows in his native Australia and in the US with performances at Le Bain in New York City and at Goodbar, Sydney.


‘Hanging Over You’ takes cues from the likes of staple influences Leon Vynehall, Charles Murdoch and Jamie XX. The dreamy electronic cut builds into a gradual crescendo, before dropping off halfway and picking back up again with its striking blend of meticulously arranged layers.