Seleen McAlister - There's No Me 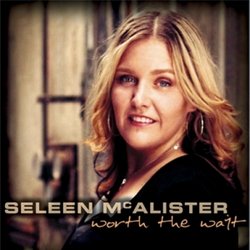 As the reigning winner of the 2011 Optus Gympie Music Muster’s Maton Talent Search, Seleen McAlister is using her crown to cement her place in the Australian country music industry.

Seleen’s decade of experience has brought her to the attention of legends within the industry and has shifted her to the next chapter in her career.

Multi-award winning performer and producer Bill Chambers has taken Seleen under his wing, co-writing with the talented artist and producing her EP released in early-2012. With the EP being mastered by industry great Jeff McCormack, Seleen has captured the attention of the industry greats that she has been a fan of for so long. They are now her peers, her friends and her fans.

McAlister has been on the road showcasing her gift wherever she can. Next stop was the 2012 Tamworth Country Music Festival where she showcased her new material at a number of special shows over the ten day festival period.

With shows continuing to be confirmed and coupled with the support of several respected names within the industry, 2012 will be the year that Seleen McAlister firmly imprints her name and style within the industry. Her journey has just begun!


An open love letter to my husband .. about love, relationships and being saved from a reckless life.

Other tracks by Seleen McAlister: Guilt Free  -  Worth The Wait
%