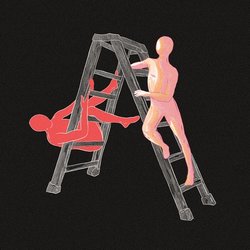 Segue is an alternative pop project from Perth.

After a three-year run which saw the release of two self-produced EPs; support slots for Cate le Bon, Methyl Ethel, Dorsal Fins and Holy Holy; and a shipping-container set at Falls Festival, Segue spent the early part of 2018 as a quietly evolving force. The project has now re-emerged with a slightly altered name and a debut album due out on November 1st.

Written, recorded, and mixed across a number of houses, (mostly) over the long summer of 2017/18, Primary Ties is a 9-track alternative pop exploration. From atmospheric melancholy on Blood Reflections and Gloves Off, to Berlin-era Bowie on title track Primary Ties, and moments of lo-fi contemplation on Wake Up/Make Up and I Thought as Much, Segue's debut long-player is cerebral, catchy, and emotive.

Other tracks by Segue: Growing Pains  -  I Thought as Much
%