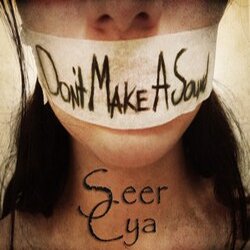 The lads from out West stay true to what Rock should stand for; Great music, high-octane performances, catchy riffs and incendiary guitar solos.

There are no hidden messages to be deciphered within their songs, just no bullshit Rock.

Seer Cya create truly original sounds, influenced from the likes of The Who to Rise Against.

With stacks of radio play in Australia and overseas, Number 1 chart position on ReverbNation and multiple features on compilation CD’s, Seer Cya are set to take Australia by storm.

Cya Seer have just released their latest single ‘Don’t make a sound’, taken from debut album ‘Prohibition’ and are gearing up for a run of Australian tour dates.