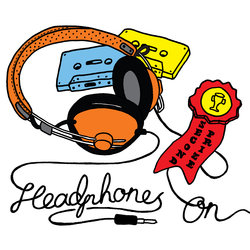 Second Prize is Melbourne duo Dave Rogers (formerly of indie-pop band Klinger; more recently in the live bands of Missy Higgins, Ben Lee and others) and John Palmer (formerly of nobody you've ever heard of).

They first met when Dave broke his arm just before he was booked to play a month-long residency and John's band was called in to cover one of the dates. After John's Northern Soul-inspired five-piece had cleared the tiny dining room where the stage was, Dave was the only one left, which made him easy to spot. Also, he was wearing a cast.

Their debut album The Rake's Progress, to be released March 2017, results from an unfortunate coincidence: while one musician was in the halcyon days of a new relationship, the other was going through a painful and acrimonious break up. The resulting album is shaped by both experiences, with tender, optimistic paeans to love's first blush mixed in with rueful reflections on its inevitable demise (often with a touch of gallows humour).


'Headphones On' is a nostalgic, sunny affair, evoking carefree summer days that seem to stretch on endlessly. It is about the sheer joy of playing music with other people. Wurlitzer, lap steel, hooks aplenty and a false ending to watch out for.

Other tracks by Second Prize: Try You On  -  Sneak Around