Second Prize - Back To The Cul De Sacs 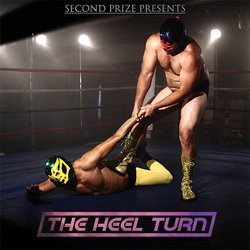 The new album from Melbourne band Second Prize takes its name from the world of Pro Wrestling. The Heel Turn is the moment when a good guy (or a “face”) becomes a bad guy (or a “heel”).

Many of the songs on the debut album explore that space – the queasy area where male behaviour normally regarded as acceptable drifts over into toxic masculinity.

Musically, the songs by turns evoke the sleazy disco of Pulp, the mid-life-crisis scuzz-rock of Grinderman-era Nick Cave, and the hangover-weary tenderness of Lambchop and Sparklehorse.

John and Dave have collaborated on and off for 15 years, but Second Prize is their first joint project built from the ground up together. It stems from a long cold winter John spent alone in London while his girlfriend was living in sunny Miami. John spent the time writing sketches of songs and sending them to Dave to flesh out.


All great pop songs are about one of two things: class or sex. This one is about both. It’s one of those epic build songs that starts small and just keeps getting bigger, purloining Stones riffs, synth-pop arpeggios and a middle eight that pulls the rug right out from beneath you alongside lyrics that would make Jarvis Cocker wince.

Other tracks by Second Prize: Try You On
%