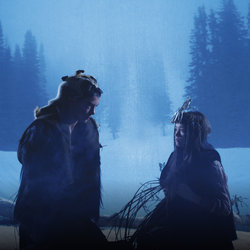 Since inception, Melbourne’s Second Hand Heart has worked hard to be everywhere at once. Earning comparisons to Big Scary and Sarah Blasko, critical acclaim has been simmering for the young quintet. It’s to be expected: “the tandem act between the frontwomen works wonderfully, and plays a large part in the band's appeal'' (Faster Louder, AUS) as they create “a somewhat dark, haunting yet at times quite captivating listening experience that grows on you the more you hear” (Maverick Magazine, UK).

Their haunting sound has not only earned an audience, but has rewarded the band with great opportunities, including a show alongside French super-group Nouvelle Vagues’ frontwoman Nadeah and a ‘Tunesday’ feature in Frankie Magazine. They have performed with Art of Sleeping, Battleships, Ainslie Wills, Saskwatch and established acts Hunting Grounds, Holly Throsby and Kate Miller-Heidke.


'Hold On' hints at a fresh focus, simmering with melancholy, it illustrates when hope for the sun and the sea are at their most intense... winter. Written between New York and Melbourne, the single has been featured on Triple J Unearthed, Indie Shuffle and Inpress 'Single of The Week'