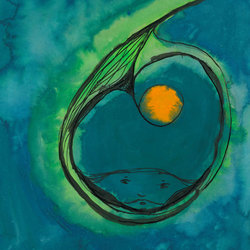 Since the Kagu EP, Heathcliff has explored writing novels, plays and scores for short films. Now releasing music under his own moniker, we’re excited to begin the next chapter by sharing ‘Ordinary’, the first single from Heathcliff’s forthcoming new EP A Boy And His Rose – out March 17 through Liberation.

The forthcoming EP, A Boy And His Rose, was recorded and mixed in Melbourne in collaboration with producer Russell Fawcus (Slum Sociable, Noah and the Whale) and mastered by Andrei Eremin (Hiatus Kaiyote, Chet Faker). ‘Ordinary’ is a beautiful insight to the new and refined musicality that Heathcliff pursues throughout the EP.

Sean Heathcliff released his debut Kagu EP in 2015, which featured the singles ‘Shadow Of The Wind’ and ‘Human’. Both received extensive airplay nationally and have collected over two million Spotify streams. Heathcliff was also the co-vocalist and guitarist in much loved/ missed band Snakadaktal, whose album Sleep In The Water debuted at #9 on the ARIA Albums Chart in 2013.


‘Ordinary’ exhibits a move towards a more live and organic sound for Heathcliff, with acoustic drums and minimal instrumentation. A delicate space is created through Heathcliff’s bittersweet guitar melodies and effortlessly unique vocal. This new restrained style of composition highlights Heathcliff’s ability to create pop music in its purist form.

Other tracks by Sean Heathcliff: Too Far
%