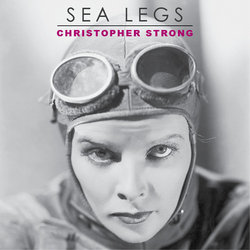 Bateau Bay indie rock surfers Sea Legs are one of the hardest working up and coming independent artists currently getting around.

They have earned a loyal cult like following across the nation and when they roll into town, you can bet there isn't a crowd too far away ready to party.

Since they have kicked things off, Sea Legs have released 2 stand-alone singles ‘Boyfriend’ and ‘Al Pacino’, their debut EP 'We Do What We Do When We Do What We Do’ which featured ‘Can I Get An Amen’, 'Morse Code’ and 'Open To Suggestions'.

All offerings have enjoyed considerable media support from the likes of Triple J, BBC, Rage, Channel V and numerous other blogs, radio stations and magazines.

Fast-forward to October 2013 and the guys have released their single ‘Take A Little For Yourself’ which was put on rotation on Triple J and various Community stations right up until June 2014 where they toured nationally with good friends British India, Dune Rats, Lurch & Chief and Lunatics On Pogosticks.

Now we are in August 2014 and the band will be releasing the next single 'Christopher Strong', from their highly anticipated sophomore EP due for release in early 2015.