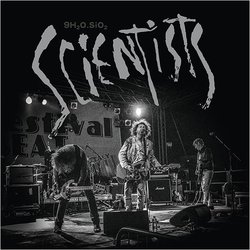 The Scientists are one of those of bands. Many things to many different people - Power Pop to those that got in early. Post punk experimentalism in their heady Sydney years. Blues Garage to some, Grunge Progenitors to others. Sleaze rock to those that wanted it, Psych Rock to others.

Truth is they’re all these things and none at once.
They left their hometown Perth in the Early 80s and conquered the Sydney underground, usurping the defunct but beloved Radio Birdman to whom they bore no resemblance. Their indie hit Swampland still reverberates worldwide from that time. Their album Blood Red River set a benchmark in god knows what…but definitely something.

They travelled to London and continued to garner praise and fascination as they spread their mysterious vibes throughout the UK and the continent riding high in the indie charts all the while.

Or were they? Since the end of 2017 they’ve released 9 songs in 7” and 12” single format. Had a highly successful European tour and two sold out US tours. They just got to # on Californian radio station KVDS 90.3 FM.


With its Syd Barrett like lyrics, its John Lydon like vocal delivery and the repetition of its title as the main motif, ‘Hey Sidney’ could be equally about Syd Barrett, Sid Vicious or the beloved City from whence the Scientists began their ascent to title holders ‘the Godfathers of Grunge’. Constantly changing key it breaks yet retains the Scientific formula.

Other tracks by Scientists: Wot's This Game
%