Scarlet Drive - If I 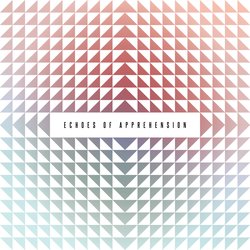 The band debuted in 2017 and have since built a strong following around the country.

The single was quickly aired on over 50 radio stations throughout Australia.

Scarlet Drive then followed up with the release of single ‘Abusement Park’, which was premiered through Happy Mag and received positive attention from blogs throughout the world. The single reached Number 1 on the Triple J Unearthed Punk Charts.

The band recently recorded their debut EP at renowned Heliport Studios on the Sunshine Coast. The EP was produced by James Russell and mastered by Steve Smart.

Scarlet Drive have just announced their upcoming EP release and will be touring across the country to celebrate.


If I opens with dreamy guitars followed by a beautifully sobering lead vocal. The vibe of the track is light and airy, and If I is the ballad highlight from the band's debut EP. This track demonstrates Scarlet Drive's diverse musical abilities. Press play and get lost in the gorgeous soundscape that is 'If I'.

Other tracks by Scarlet Drive: Echoes Of Apprehension
%